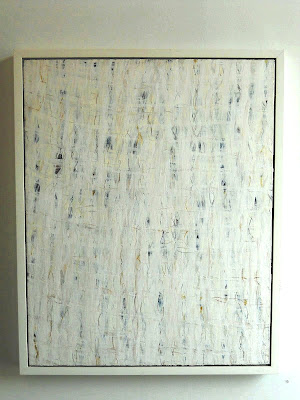 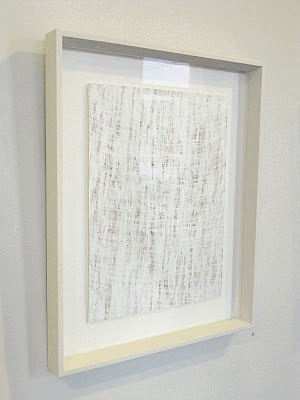 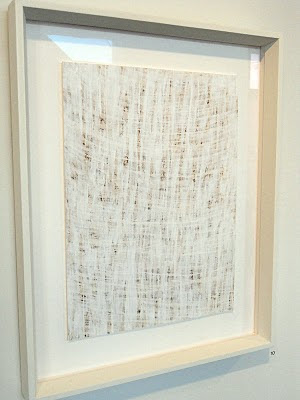 Ken Dubin, acrylic on paper.
.
.
I had the chance to meet Ken Dubin, a Chicago native who recently left the city and moved to the town of Fairfield, Iowa. Ken is known for his subtle use of paint and work that has stillness and evokes the unfolding of events and the passage of time.
.
I caught up with Ken at his current show at Teeple Hansen Gallery in Fairfield and as I viewed his paintings, I found myself getting closer and closer to check out the layers of paint and the patterns of mark-making that are recorded on each piece. Some works have a lyrical side to side arc to the brush marks while others have stronger verticals, and only upon closer inspection is the variety of colors evident and the fact that there's much more there.
.
Ken is also an expert framer and his works on paper are so well done and so immaculately framed--they're done just right. Ken is a painter's painter who's work gets to the inward person of a person, leaving the definite impression that there is always another aspect of paint that can be considered and addressed. .
.More of Ken Dubin's work can be found at his website.
Posted by Michael Rutherford