Sometimes a painting will briefly catch my attention, while other works demand an extended gaze. The expansive, sprawling swaths of paper that Amanda Friedman refers to as Thought-forms have pulled me into their orbit and provided plenty to think about. The painted surfaces, existing not on canvas but on pieced-together fields of paper, have a delicate and ephemeral feeling, as if they’re conveyors of fleeting things that cannot be uttered; things unsaid but definitely sensed visually. In the near future, I anticipate spotting more of these works—enigmatic continents of emotion adrift on seas of white spaces.

But it’s not only Friedman’s large paintings on paper that have caught my attention. Her works on canvas are painterly powerhouses that come out of a compositional left field and possess a tinge of caricature. It’s as if a merging of sensibilities has taken place—they’re simultaneously, minimal, spiritualistic, and carnivalesque.

When Friedman isn’t working on all of the above, she also has more projects in the works. She clearly takes a multidisciplinary approach as forays into dance and bookmaking, among other things, have extended her reach and cross-pollinated into her artistic output. It’s evident that through her work, Amanda Friedman is searching for and finding those things that artists can’t quite say with words, but can only apprehend though a negotiation with the material.

The following interview with Amanda Friedman took place over the course of January and February, 2013 -- the result of an extended dialogue with the artist.

PB: I like how your work points to something that I can't quite grasp. The visceral aspect of paint is evident, along with an iconography that seems to come from a curious combination of sources.

AF: I appreciate your sentiment – it is my hope that my current work highlights that something you can't quite grasp. I make material stand-ins for emotions and the act of perceiving and thinking. The paper pieces in my Thought Forms series are akin to Cloud storage or an elephant in the room.

AF: I work now because I am here now. I think of painting like the refrain in the old country song Live Forever by Billy Joe Shaver, “I’m gonna live forever, I’m gonna cross that river, I’m gonna catch tomorrow now.”  It holds time and is a vehicle for me to give of myself and to disappear. Joan Mitchell called it the only thing that is both continuous and still. Painting is a problem. Sometimes I have to trick myself to do it. Starting with jokes helps.


AF: I’m a non-linear thinker and I readily lose track of time. Recently I became aware of these traits of my perception playing out in my work. For example, I do not generate things through a logical step-by-step narrative and I use paper because I think it holds a history and condenses moments. So my daily sensual tactile experience is one of my biggest influences.

PB: What's a good day in the studio?

AF: When I find an expanse. When I can freely look at things: from the floor, from a chair, while pacing or dancing, from the sky. When I prove myself wrong through making or while reading or writing. When I uncover a blind spot, seeing over a hill for a second. When there are snacks.

Recently I was reading Charline Von Heyl's writing (in “The Studio Reader” for my art book club) and she mentions the slight constant guilt she has while in the studio. I relate to this but am a total studio rat. I reconcile this self-consciousness I have (with studio "leisure" time) by connecting my practice to a loose interpretation of what a social work practice is. Both are subjective and personal and they center on creating an interaction and space for and between people and their feelings. As I’m interested in emotions being live-made things, this role play furthers my line of inquiry. This constant re-adjusting and working towards self-awareness and in self-consciousness helps me create with urgency.

PB: How are interactions with your contemporaries helping to further your personal progression?

AF: Studio visits and chatting with folks helps me push my work. I learn references and get shaken out of myself. Striking a balance between vulnerable openness and eyes-straight-ahead-focus is important for me. Also, engaging in the industry while at my job in the arts constantly churns up new feelings for the vocation. But in regards to your question, I’m not a big believer in any sort of straight progression. I think growth is circular and more complicated – it is made through a million different kinds of interactions.

PB: Could you tell us about art historical figures and anything else that looms large in your mind?

AF: There is a lot looming. Over the last few years I have worked on my mindsight ability. This is a term coined by Dr. Daniel Siegel of UCLA for a meditation process that encourages looking into the inner sea and centers on identifying your emotions.

I started my current series while looking at the illustrations in Annie Besant’s and C.W. Leadbeater’s 1901 Theosophical text, Thought Forms (the series’ namesake). This mystic text was influential to many modern abstract painters but magic is usually left out of museum wall text. That said, discovering the exhibition catalog for “The Spiritual in Art Abstract Painting 1890-1985”, a show that opened at the Los Angeles County Museum of Art (LACMA) in November 1986, was an amazing resource. This monumental exhibition brought together a multi-generational mix of artists and outsiders in the name of esoteric exploration. In this vein, the Frieze 2010 article "Spirited Away" on Hilma af Klint (whom I love), encouraged me to embrace this research and introduced me to artists like Christine Ödlund who explores how plants communicate  utilizing Thought Form imagery.

I just finished the The Sight of Death and am now working through different writings by T.J. Clark such as In Defense of Abstract Expressionism. If you paint on the floor you have to dwell on vulgar AbEx - I recommend the 2011 Summer Art Forum devoted to the subject. Seeing Chamberlain at the Guggenheim in 2011, Mary Heilmann's slide presentation "Her Life" and Matt Mullican’s, That Person’s Workbook which contains drawings by his hypnotized self are all big for me. And I’m psyched for Jay DeFeo to open at the Whitney!

Ei Arakawa’s musical at MOMA the other week was highly enjoyable. And last weekend I completed a three-day body-voice workshop with Meredith Monk's House Foundation. I was totally put on the spot performing, it was awesome. Also, my impending death looms large in my mind. I like to imagine going through my day along side an ephemeral dead Amanda force. I have a specific relationship with time and am skeptical of any popular notion of where I sit within it.

PB: Outside of art, what are a few good things that you've found lately?

PB: What's coming up in the near future for your work?

AF: I'm publishing a stop-animation-type flipbook through Peradam documenting the moving of/dancing with one of my Thought Form pieces. Paging through this artist book will activate an individual work and expose how it is painted on both sides and shifts orientation and face depending on context. I'm also planning a trip to Lily Dale, a town of psychics south of Buffalo. February is a notoriously bleak month. I am antsy. 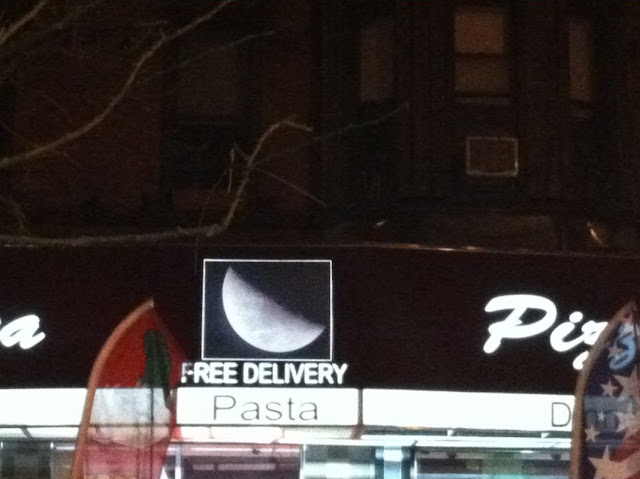 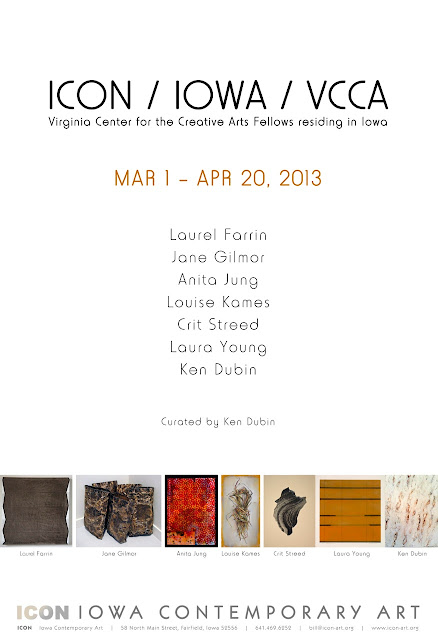