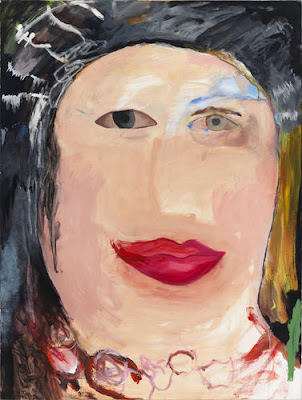 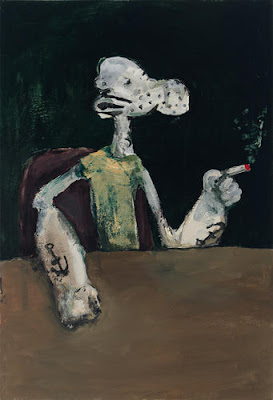 
For her debut solo exhibition in New York, Anton Kern Gallery has invited Chicago-based painter Margot Bergman (b.1934) to present a body of recent portraits. Paired with Bergman’s work is a selection of early drawings and paintings by Brian Calvin (b.1969), from the Popeye series created during his time in Chicago in the early 1990s. These side by side exhibitions depict the human figure and all its grotesque facets, and reflect the painterly Neo-Expressionist sensibilities of the Chicago art scene. With an emphasis on building up paint, working and reworking their materials, both artists create layers; Bergman in a physical sense and Calvin in a more figurative sense.

Margot Bergman builds layers of paint atop found artworks. The interplay between elements of the found works she exposes and her own additions creates distorted and uncanny forms, reminiscent of Modernist collage. Her constructed ‘double-portraits’ converge into a single subject. With titles like Auntie Gladyce,Gloria Jean, and Patty, each painting possesses a unique personality, a soul. This process of prosopopoeia stems from the artist’s relationship with the found paintings, who she has “rescued” from flea markets and kept in her home. As Bergman explains, “It was a process - living with them, understanding what I was looking for, beginning to draw it out, slowly and without a plan, responding to the original paintings. I didn’t know what the next step would be. Once I found my way to the portraits, it was magical for me.”

When Brian Calvin moved from Berkeley to Chicago in the early 1990s, his predisposition toward painterly figuration was broadened through local influences such as the Imagists and the Hairy Who, resulting in a tonal shift in his painting. In his ‘Popeye’ works, Calvin renders the stark cartoon figure in thickly applied paint against a dark brooding background, paused amid mundane activities such as smoking a cigarette, standing in the rain, lying awake in bed. The contrast and stillness creates a sense of unease and focuses the viewer’s attention on the subject’s gestures. Calvin subverts Popeye’s inherent cartoon lightness by reimagining himself in an alternate reality, restaging him in a bleak psychological landscape. With the memory accumulated from drawing this iconic character repeatedly in his youth, Calvin uses the figure’s instantly recognizable shape, and it’s associations, as a vessel for ruminations on pathos. 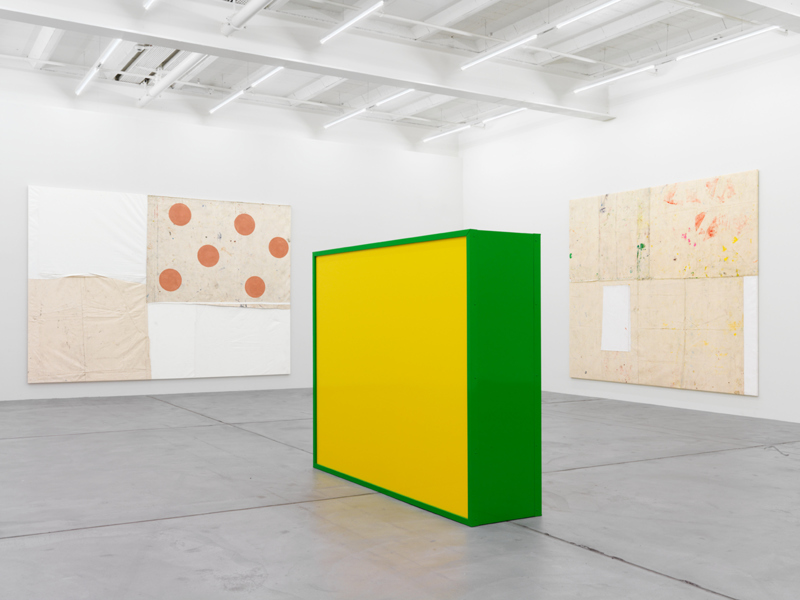 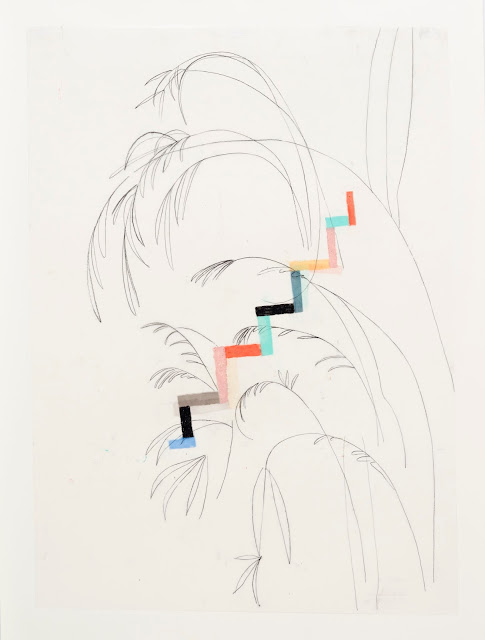 .
Posted by Michael Rutherford No comments: